Posted at 08:27h in News by Megapixel VR 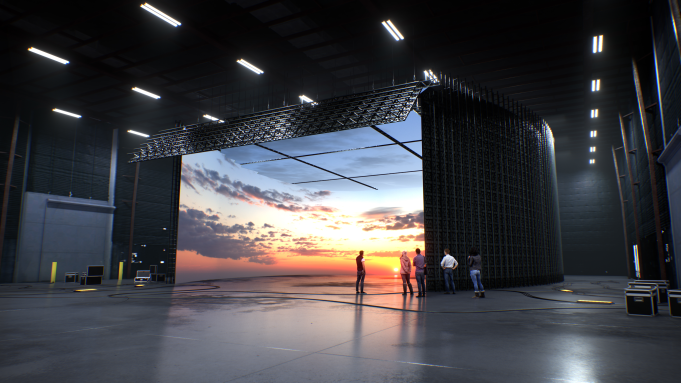 The new Prysm Stage at the Atlanta headquarters will be one of the largest in the  world.

December 2021; Burbank, CA – Megapixel’s HELIOS LED Processing Platform will power the new Prysm Stage at Trilith Studios. Working with Lux Machina Consulting and NEP Virtual Studios, the new virtual production facility at Trilith’s Atlanta headquarters will be one of the largest in the world.

The permanent Prysm Stage will offer filmmakers “the most stable and advanced real-time workflows and technology,” with game-engine-driven video playback and HELIOS powering the 80-by-90-by-26-foot, 360-degree virtual production LED volume within the 18,000-square-foot purpose-built soundstage.  The volume will be able to accommodate large set pieces and includes a process stage designed for automotive shoots.

“Ensuring the success of a virtual production shoot relies on having a rock-solid stage setup and an experienced production team in place,” Mitch Bell, Marvel Studios’ VP of physical production, said in a statement. “The Prysm Stage at Trilith is just another example of how we rely on Trilith Studios to bring best-of-class solutions to our productions.”

Phil Galler, co-president of Lux Machina Consulting adds,“With the launch of the first Prysm Stage at Trilith Studios, Lux Machina continues a long road of innovation. Choosing Megapixel’s processing, HELIOS, was the obvious choice due to its visual quality, synchronization, robust infrastructure, and their willingness to collaborate on a new horizon. In addition, we’ve made the stage compatible with Megapixel’s GhostFrame, enabling even further innovation for multi-cam workflows for film and television; this is perfectly paired with ROE’s LED products. We are excited to be deploying one of the largest setups of HELIOS and ROE products on a Virtual Production Stage in the United States, and we know that with these partners we can enable storytellers to push the boundaries of their imagination.”

The Prysm Stage at Trilish Studios is expected to be operational in Spring 2022.