Posted at 12:35h in News by Megapixel VR
Share 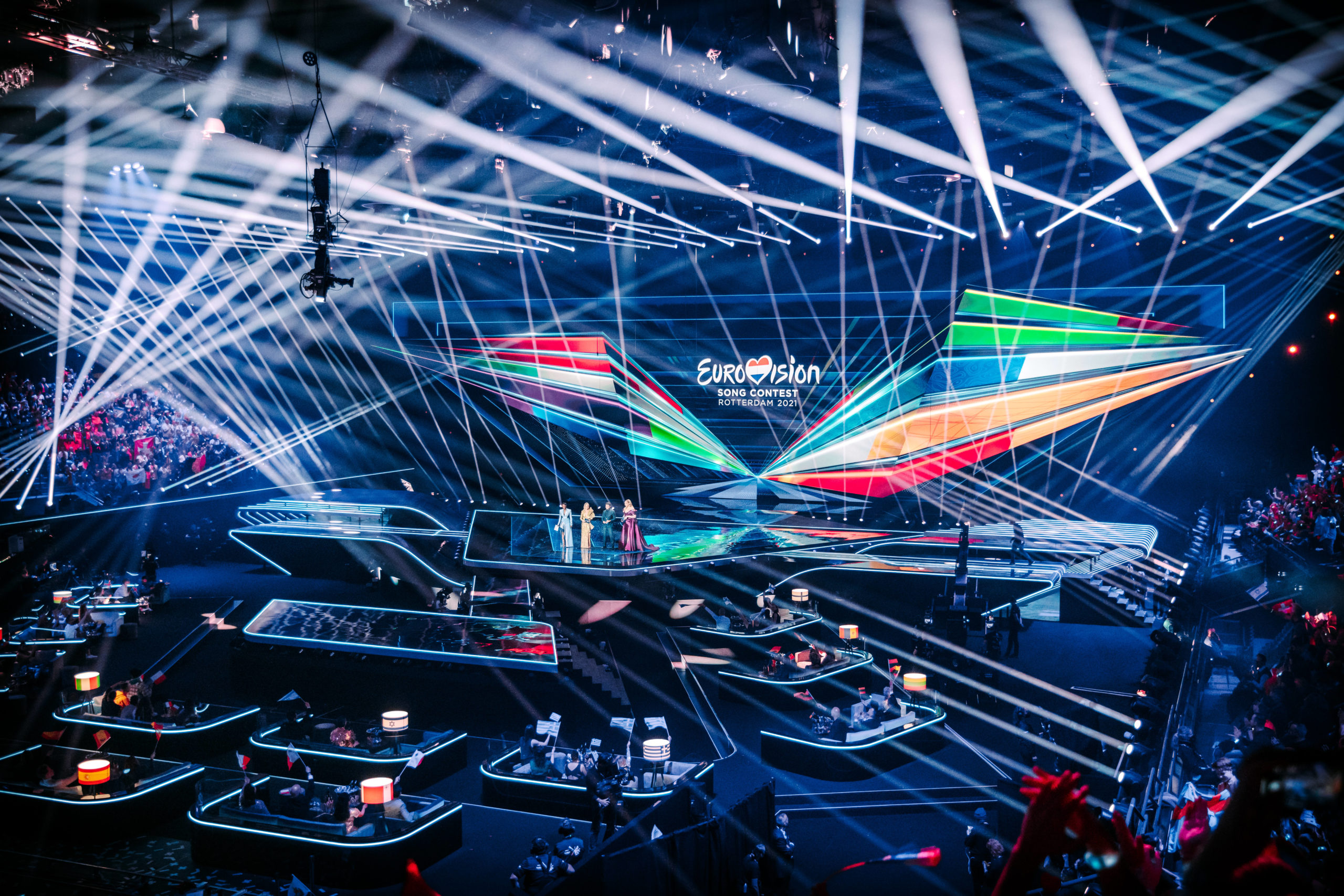 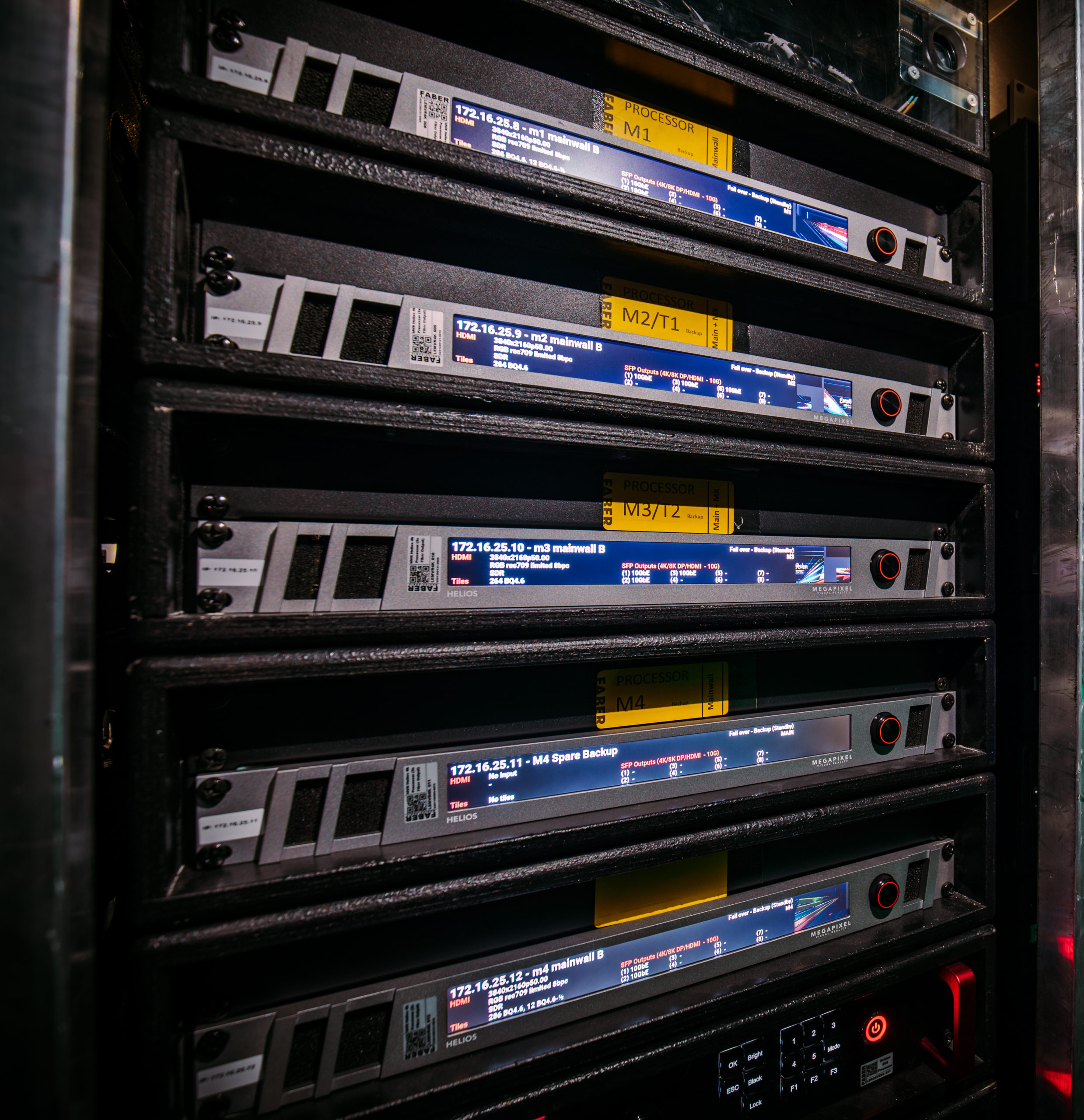 Eurovision 2021 made a stunning comeback for Europe’s most beloved live event. Megapixel VR was proud to support Faber AudioVisuals to ensure a flawless show, and they did not disappoint.

“We were confident going into Eurovision’s system design plan knowing that Megapixel’s HELIOS was built for flexibility and could instantly be accessed from anywhere by our techs,” says Steven Embregts, Technical Manager at Faber Audiovisuals. Faber ESC Project Manager Ben Augenbroe added, “The quick and easy setup of Megapixel VR’s HELIOS processing saved us a lot of time on programming the LED back wall. With the advanced redundancy in HELIOS, we created a processing setup without a single point of failure.”

HELIOS’ Seamless Redundancy mode ensured Faber a completely glitch-free failover. If the redundant system had been utilized, viewers would not have been any wiser as there is not even a single frame dropped in the automatic transition to the backup system.

Color accuracy was key as well, with content being rendered for each of the 39 participating countries’ individual performances and had to look spectacular for both live and broadcast viewing. “We knew with HELIOS’ color accuracy, the content would appear in-camera as all the artists intended,” Embregts explained. The color accuracy of HELIOS through the entire system and its superior grayscale performance maximized the limited stage time by allowing content teams to render in confidence that what they saw on their calibrated workstations would be faithfully reproduced on the LED screen as intended.

Due to COVID restrictions that did not allow on-site technical support, between HELIOS’ web connection and OMNIS’ extensive data logging, Megapixel provided remote technical support from its Burbank HQ and thanks to the Megapixel team located around the globe, t24/7 support was available for the Faber team.

NETGEAR also assisted the project since HELIOS is tightly integrated with NETGEAR switches for data distribution to the LED screen. The system comprised a total of (20) NETGEAR M4200 network switches that are ideally designed for this application, running Megapixel’s own software for plug-and-play compatibility. Thanks to the tight integration with HELIOS, the network switches were fully monitored as an integral part of the system.

“We are excited to be partnered with Megapixel as a technology provider for video data distribution. Megapixel not only has amongst the highest quality video processing technology in the industry, it’s platform, and associated software eliminates complexity and cost associated with deploying large scale LED Video Wall systems, ” says Vikram Mehta, Sr. Vice President at NETGEAR.

To further ensure a flawless show, Megapixel’s OMNIS® AV Monitoring Platform kept a 24/7 watch on the system from start to finish, monitoring 6,000 square feet of LED across 6 different LED tile models. As a result, Faber armed their team with real-time, detailed and actionable system data. Augenbroe continues, “The advanced monitoring in the OMNIS platform gave us an advantage of identifying possible failure in the wall before it became visible. With this level of monitoring, we entered every live show with a safe feeling.” Embregts added, “Knowing OMNIS had 24/7 eyes on all of our LED, processors, and power distribution gave us an extra layer of security and saved us hours of troubleshooting by pinpointing possible failures.“

“We were extremely proud to be part of Eurovision this season. The entire crew was amazing to work with,” says Jeremy Hochman, co-founder, and CEO of Megapixel. “Knowing that HELIOS and OMNIS powered almost the entire visual aspect of this event was humbling. We are excited for our relationship with Faber AudioVisuals and NEP Group and look forward to many more successes like this in the future.”